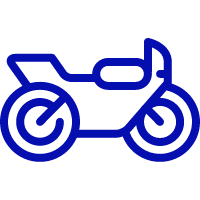 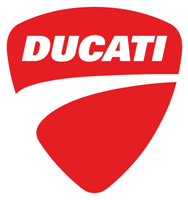 The world's most attractive motorcycles are the result of a deep commitment to racing competitions; they are the purest expression of refined skill, unmistakable design and above all, a great passion for bikes.

Ducati is proud to represent Italian industry - the essence of Italian style shows through the design of each bike. Sinuous, seductive and flexible lines with a permanent, timeless quality that sets an unsurpassable standard.
Ducati Bikes – in over 60 nations throughout the world these models dominate the dreams of the most ardent motorcycle enthusiasts.

The Desmodromic valve control system, the steel tubular Trellis frame, the L-Twin engine and the unmistakable sound of the power unit – these are the distinguishing features that underline the uniqueness of a Ducati.
The list of our bikes' victories is proof of the value of our working philosophy: in the World Superbike Championship, Ducati has won 15 out of the last 18 Riders’ titles and 16 Manufacturers’ titles, while in the 2007 MotoGP championship – less than four years after Ducati’s debut in the series – our Desmosedici GP7 topped the world Riders and Manufacturers’ rankings.

The bond that, starting from the racetracks, ties Ducatisti the world over to the factory itself overcomes all barriers and is expressed by the Desmo Owners Clubs. The DOCs are in fact like a clan, linked by their allegiance to the Ducati flag. Ducatisti meet up at racetracks and events, at the World Ducati Week and also on Ducati.com, which is visited by over 12 million fans each year.

The story of the Ducati dream, which began in Bologna in 1926, is recounted at the Ducati Museum. Here the stories of legendary bikes and riders are told and a pure passion for performance and excellence permeates the air. A passion that travels fast, opening new roads and creating history.

Select a type/model for the brand Ducati: 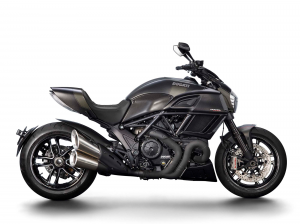